Albert Luthuli (1898-1967) President-General of the African National Congress (ANC) from 1952-1967. He was awarded the 1960 Nobel Peace Price “for his fight against racial discrimination”. Luthuli House – the ANC headquarters in Johannesburg – is named after him. – Archbishop emeritus Desmond Tutu (born in 1931) received the Nobel Peace Price in 1984 for his “role as a unifying leader figure in the campaign to resolve the problem of apartheid in South Africa”.  – F.W. de Klerk and Nelson Mandela  both received the Nobel Peace Price jointly in 1993 “for their work for the peaceful termination of the apartheid regime, and for laying the foundations for a new democratic South Africa”. 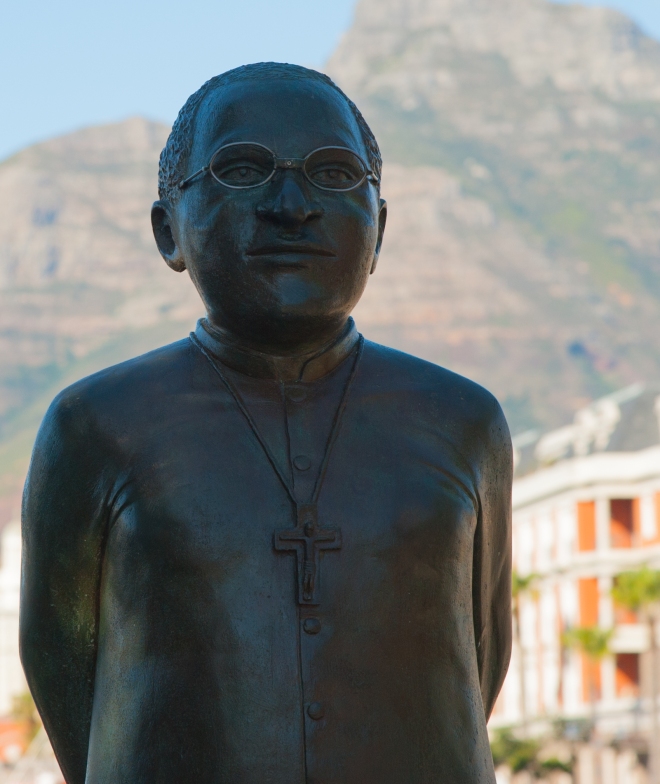 Tutu – a representation of His Grace Anglican Archbishop emeritus of Cape Town Desmond Tutu. A man without fear and with numerous honours bestowed on him, he too has raised his compelling voice against corruption and licentious spending of public funds by government officials.

Satirizing colonial officials or expression of new class consciousness? There is always a kind of humourous ironical smugness present in these figurines. 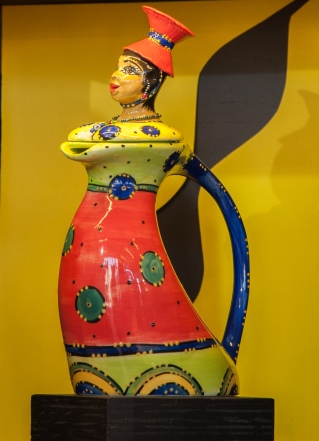 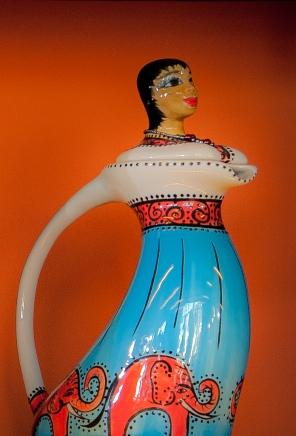 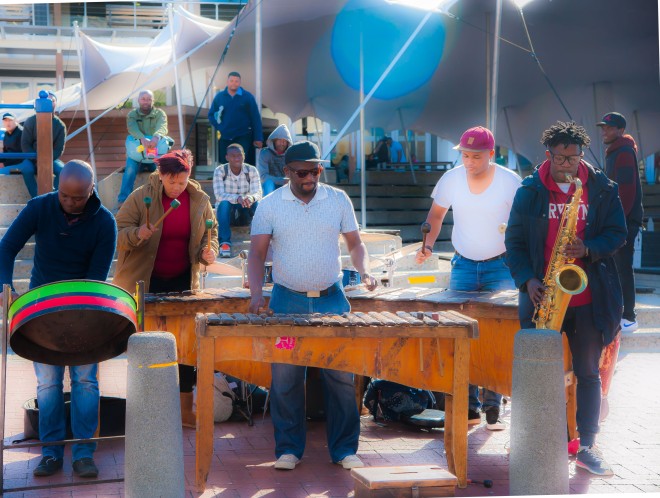 … buskers and concerts, it’s all here. 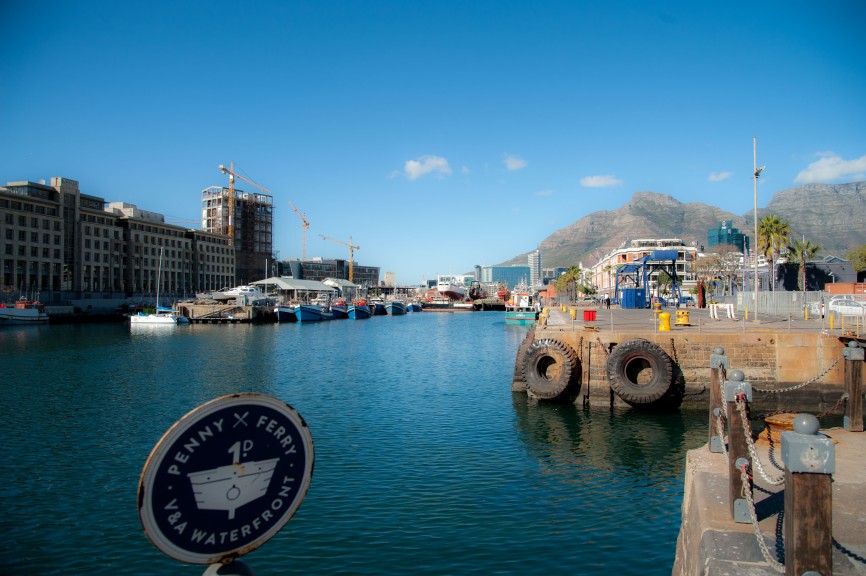 “Tavern of the Seas”, Cape of Storms, now a place of real Good Hope, this waterfront development has elevated Cape Town from being a large town to a cosmopolitan city on a manageable scale.

With best greetings as always from
Colleen & Walter