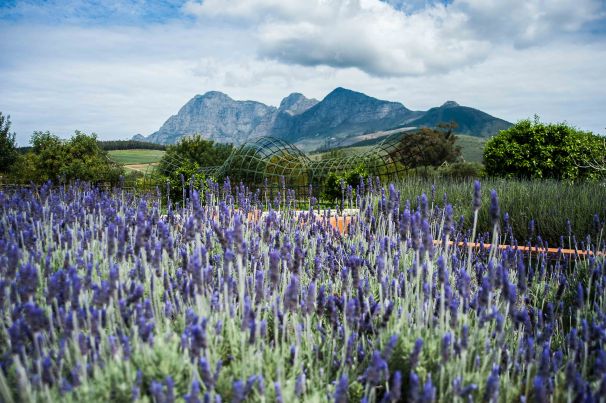 Babylonstoren with a view of the Simonsberg mountains.

The garden at Babylonstoren is one of our favourite places to be. It is a place of perfect serenity where you can almost see and touch the balance of energies love and respect for the land and the people who work it have created. Dutifully and carefully the garden is tended throughout the year. Smallest details are taken care of. Nature and man appear to be in easy harmony here. 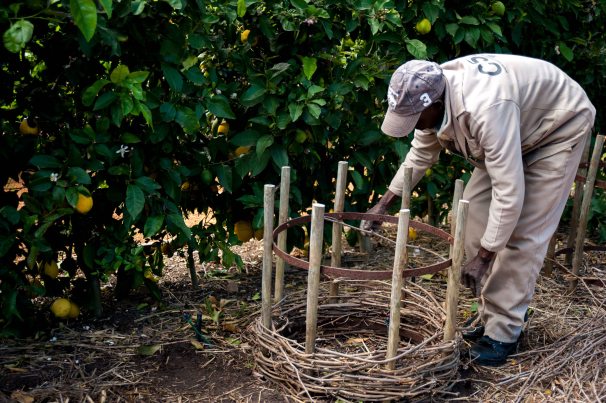 Preparing the optimal environment for growing Cardoons – “a cross between artichokes and asparagus. Cultivated plants grow up to 2 metres in height. This process involves wrapping the stalks with newspaper and black bags for several weeks, so that when harvested, in late autumn, the stalks are pale green.” 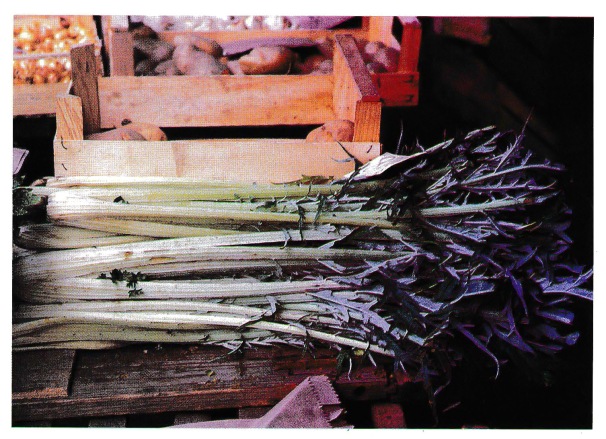 The owners of Babylonstoren, in collaboration with gardeners, workers, chefs are continuously experimenting with introducing new varieties, such as tamarillos (tree tomatoes), tree melons or aubergine and artichoke varieties among others. All plant material is carefully selected and tested first for its suitability for long term cultivation. 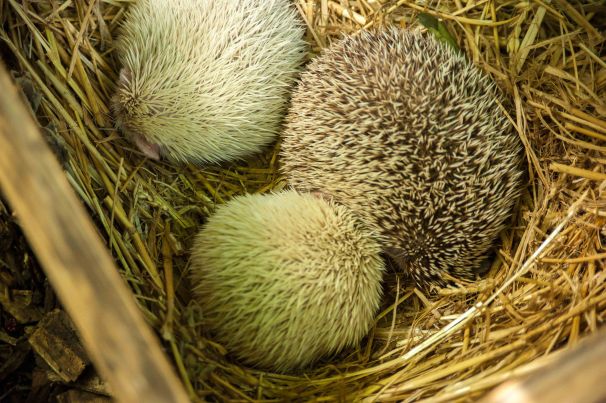 Still in winter dream mode or just resting … they, together with ducks, are part of insect control.

The hedgehog could be seen as a metaphor for the approachability of nature: prickly on the outside with a soft pink underbelly. Treat it with care and respect and it will reward you with its own particular usefulness. All the wonderful lovely fruit the garden will yield in the coming months has the prickly side of many hours of intensive and continuous labour of love. 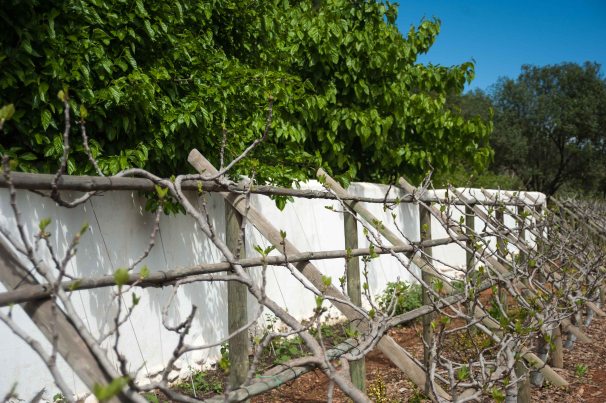 Fig trellises. Optimally positioned to catch the light with easy picking as a trade-off. 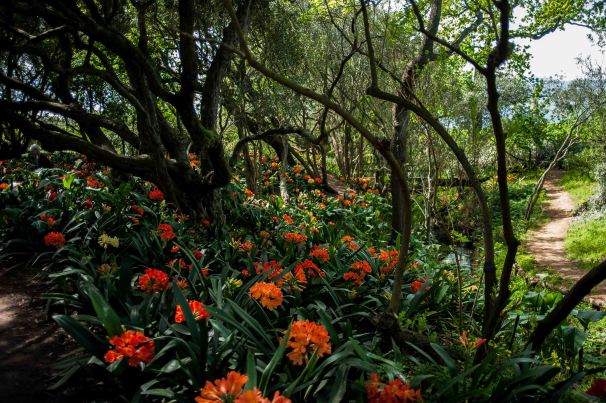 Over 9000 plants with a number of varieties are spread all along the pathways bordering the garden. 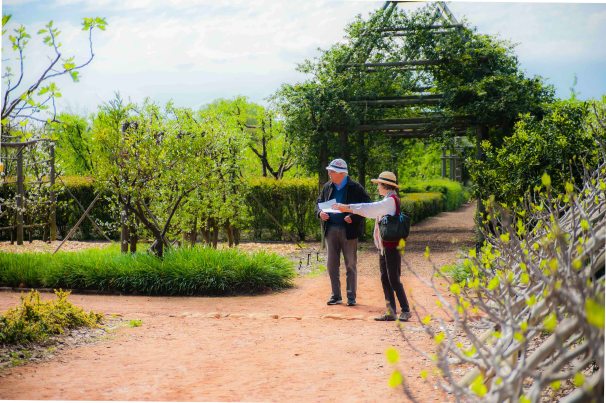 Dante and Vergil in the upper world.

We and Marietjie had been invited by Annette and Hermann on this walk through the garden, especially to see the display of Clivias which are now at the height of their flowering season and also for a special treat at “Babel”, Babylonstoren‘s fine restaurant. 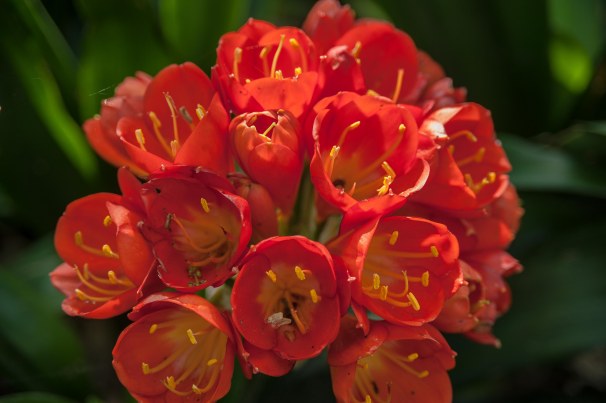 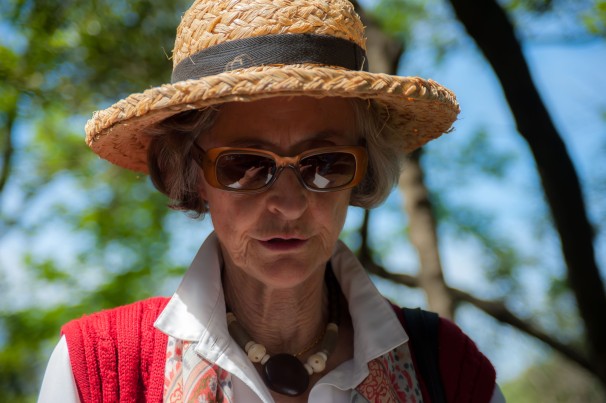 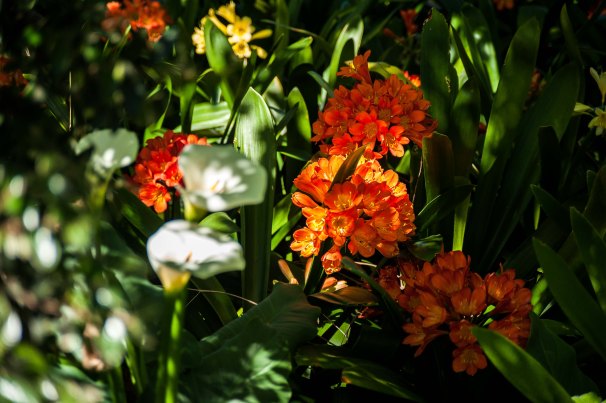 Clivias are of the Amaryllidaceae family and native to South Africa and Swaziland.They are typically forest undergrowth plants, adapted to low light (with the exception of C. mirabilis from the Western Cape). 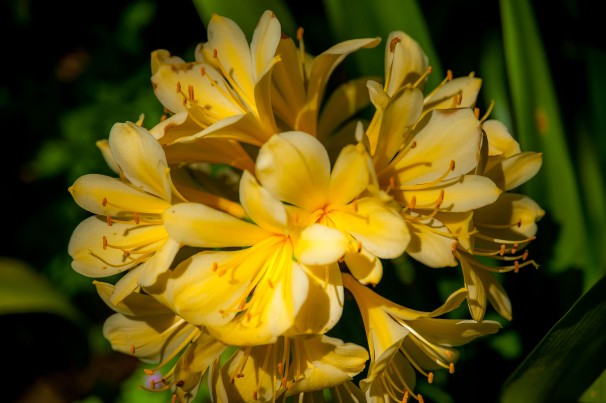 Their common name is Natal lily or Bush lily. Six species of Clivias are identified, all represented here in the Babylonstoren garden. 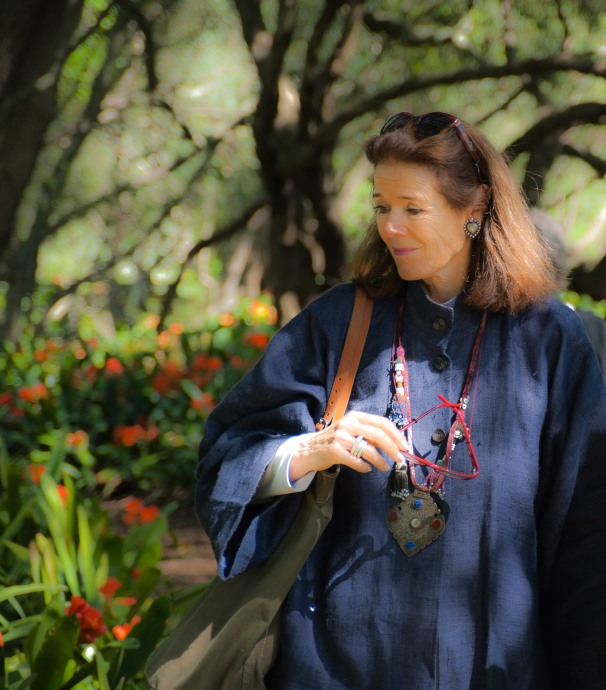 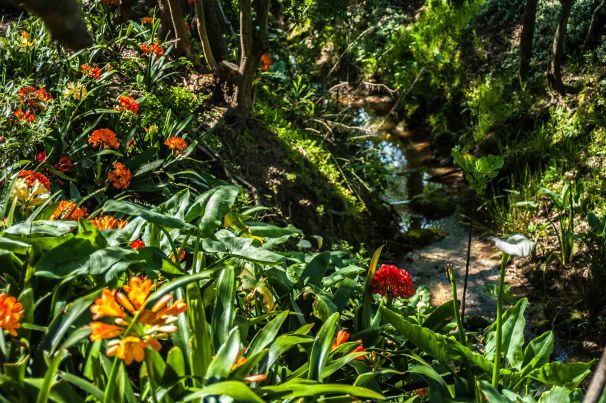 Clivias and arum lilies alongside a rivulet running through the garden. 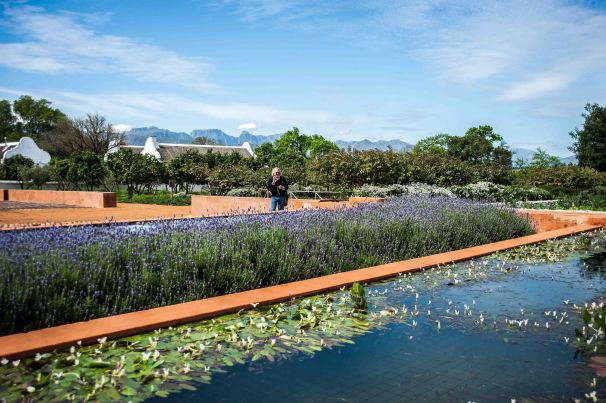 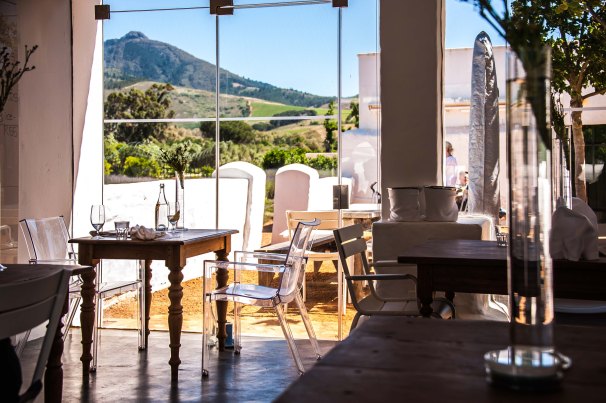 The restaurant “Babel”. Marietjie about the restaurant: “… it is such a pleasing visual experience. ‘Eat with your eyes’ is so true. Everything at Babylonstoren just oozes ‘style’ – the one thing that money can’t buy.” 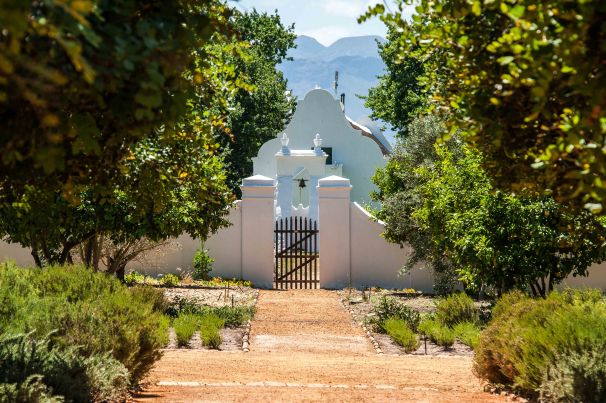 Aspects of the Manor house. 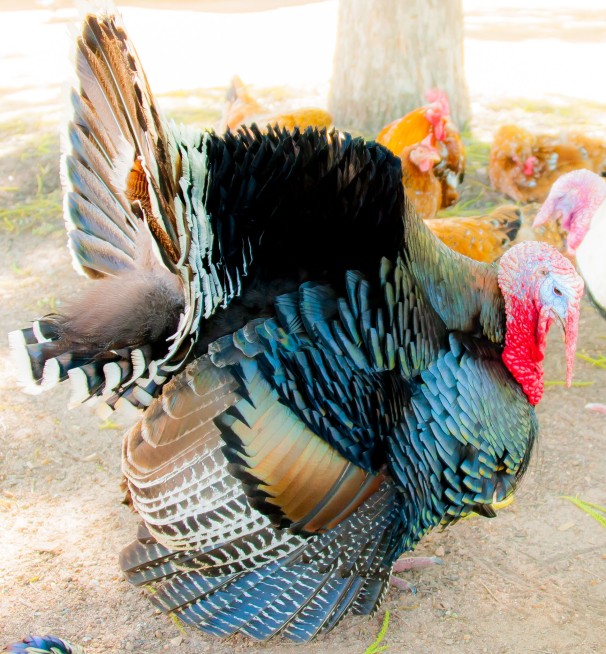 Splendid indeed – but what on earth is he thinking —- no-one seems impressed. Well, he’s just shaking his feathers, if you want to know or in Afrikaans: “Hy sleep vlerk”.

Visiting the  garden of Babylonstoren is part of an everlasting love affair with nature in its yielding to our cultivating mind and hands. The hands of many, of those with resources at their disposal willing to share wealth and vision with the many who on their part are lending their strength and passion in the pursuit of a common happiness.
Happiness in seeing nature bloom and blossom, widening the horizon of day to day politics. And be touched by it.
As a start. 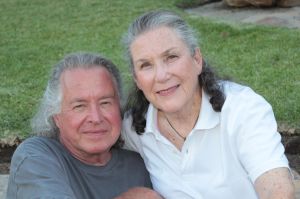 With love as always from
Colleen and Walter
Stellenbosch, 27 September 2015