Tuesday was “Heritage Day” – so called to remind us of our cultural diversity and with that to remind us of our unity as a nation. People with Zulu ancestry are celebrating the remembrance of Shaka Zulu (c.1787-1828), once king of the Zulu nation. Others are proposing this day to be called “Braai Day” the South African term for “Barbeque”. What does the rest of the country do? It’s a holiday, all right, and most Capetonians are taking to the hills. And so we did – a walk up Lion’s Head, a landscape feature from a certain angle intimating a recumbent lion with head held up high. Devil’s Peak on the East and Lion’s Head to the West, form the shoulders of Table Mountain. 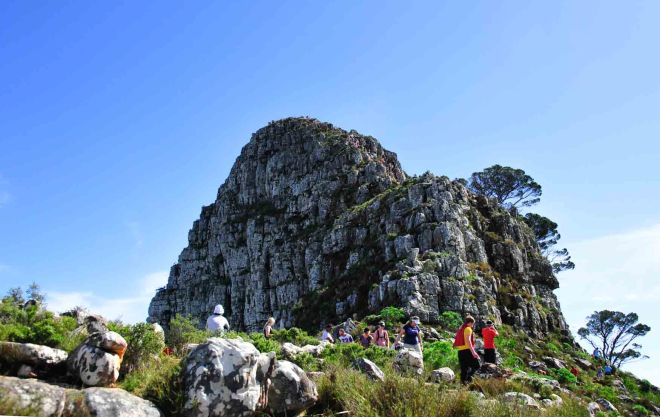 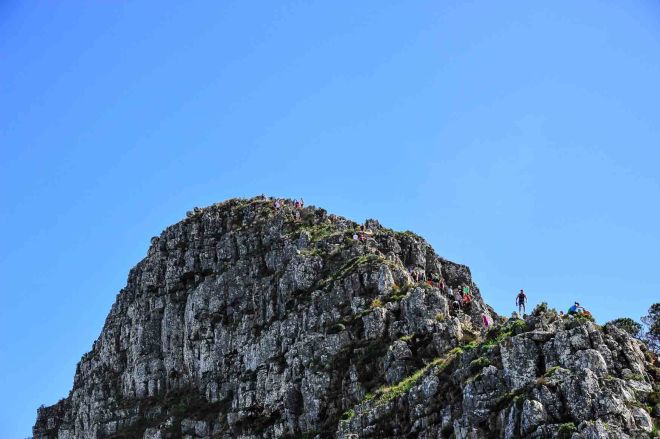 …  seeing the trail so crowded, we resisted the final assault.

“Shaka Zulu Day”, “Heritage Day” or “Braai Day” – they all address South Africa as a conglomerate nation. Zulus, Xhosas and Sothos the main tribal contributors to the mix, Khoihkoi and San salting the earth, the coloured people as the element of bonding, the Afrikaner people, themselves a conglomerate, as the main driving force, the British as administrators, Asians, Jews, Germans, Portuguese, Greek and many others as artisans, traders, cultivators – a vibrant net of cultures, attitudes, prides, languages and feelings of wanting to be heard, seen, to belong and be part of the whole. All these were represented on our walk up Lion’s Head on Heritage Day.