Outside the Western Cape town of Worcester, passing Botha winery, a flock of African sacred ibisses (Threskiomis aethiopicus) were feasting on freshly discarded grape skins. They made quite an unholy (drunken?) dance upon this delicious heap.

Pitstop outside Ceres at the old toll house.

Breakfast companionship at a distance.

Ironstone, found among the hillocks of the Karoo plains, some of them gong and have been inscribed by San people thousands of years ago.

Prof. Rasa our “Kalahari Trails” hostess, with Colleen and Michaela.

Four tented chalets, two each sharing a bush kitchen, toilet and shower. Water is provided from a nearby reservoir.

The sand grains of the Kalahari are covered with red iron oxide giving them their colourful sparkle and particular softness. Walking barefoot over the red dunes leaves your feet untouched and clean.

In the absence of big predators in our area, our friends were brave enough and free to roam. 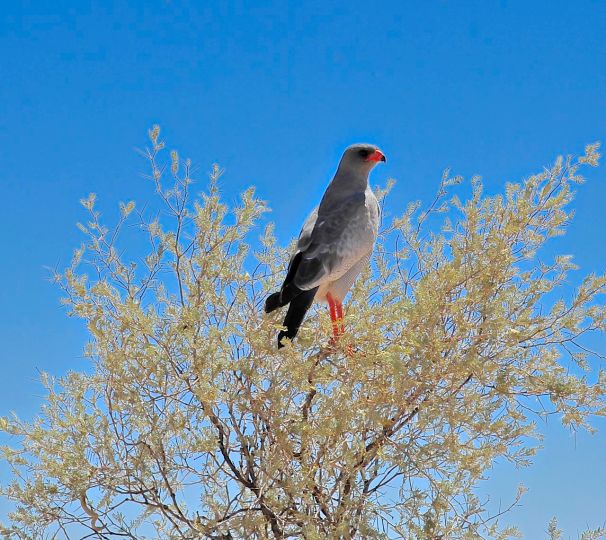 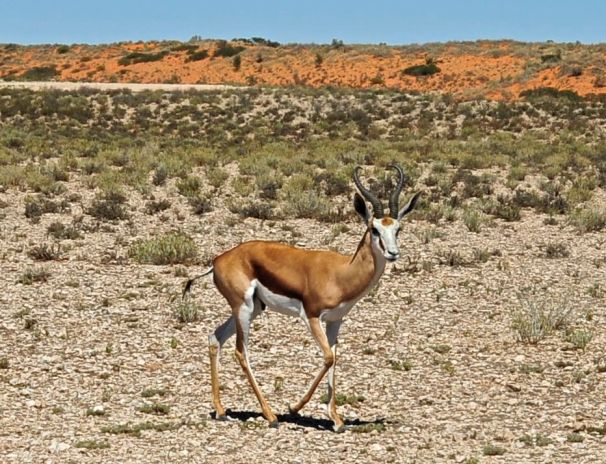 Our evening view. Soon the sky will become ablaze with myriads of stars.

The Gariep or Orange river at the falls.

On the way to Springbok via Aggeneys and Pofadder. The mountains of Namibia on the horizon. The N14 between Upington and Springbok has recently been broadened and resurfaced to strengthen the infrastructure of the Northern Cape, possibly for the extraction of rare minerals for the Chinese economy.

What were we expecting?

Pofadder is a thriving community of about 4000 inhabitants. Things are happening there.

Kamieskroon – centre of the Namaqualand wild flower season during August/September. 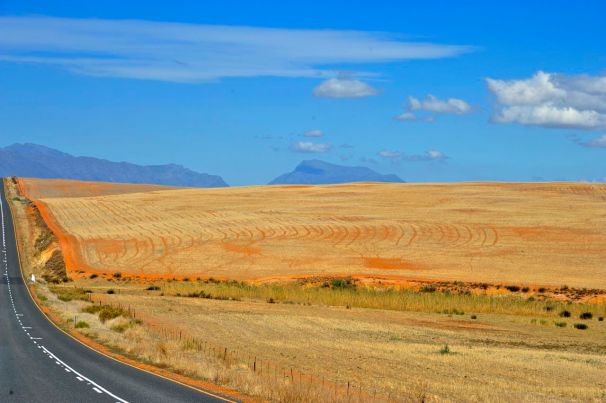 Swartland, breadbasket of the Western Cape, on the road to Porterville.

On the N2 between Riviersonderend and Caledon.

We will return to the red sands of the Kalahari.

One comment on “The red sands of the Kalahari”