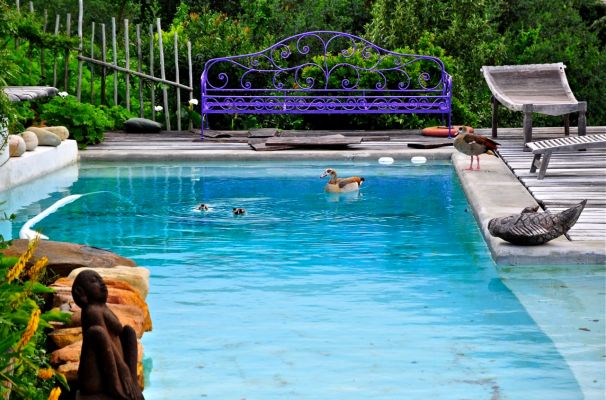 A pretty sight in some ways.

Nikki wasn’t too pleased with this addition to her pool early in the morning. Cute as the sight might be – proud parents presenting their off-spring to the world – Egyptian geese are great grazers and subsequently poop a lot like cows in a meadow – and would eventually have to be herded to find pastures elsewhere. It was the morning of our “grandparent’s day” for Ike at Valley Pre-Primary School in Hout Bay. Just on a hundred grandparents had been invited and we followed the call. 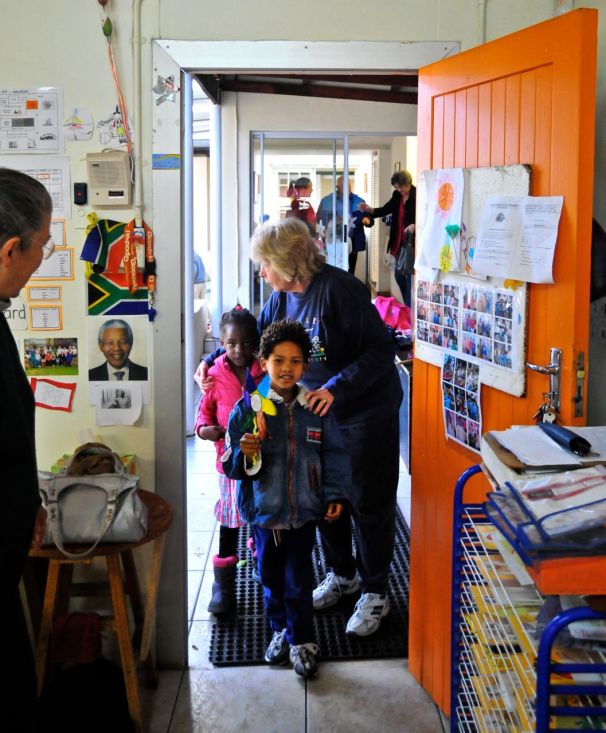 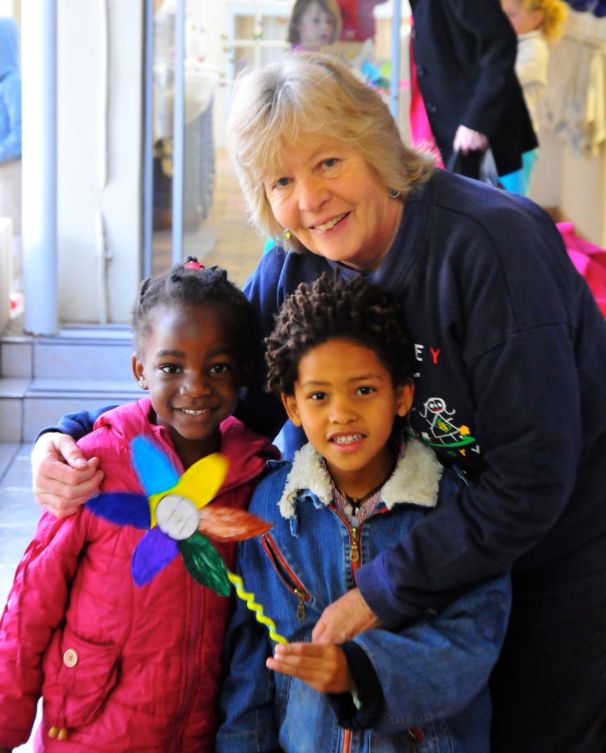 Ike with a classmate and teacher Ione. 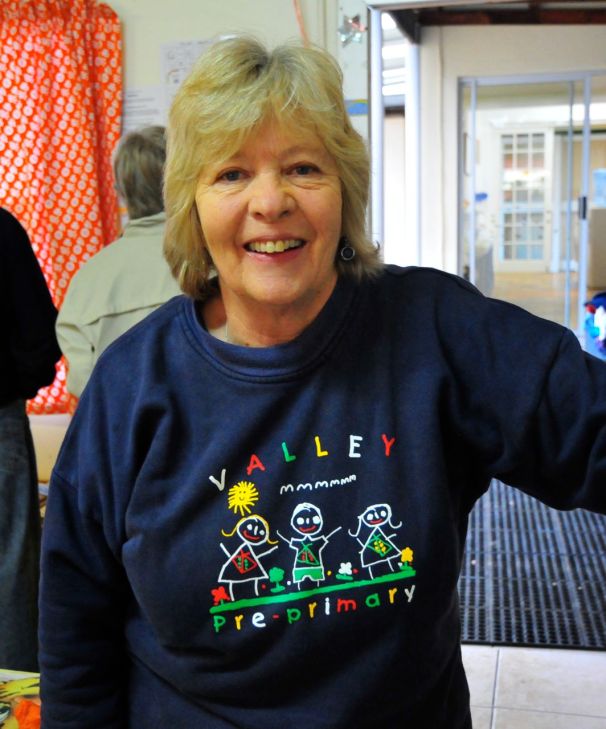 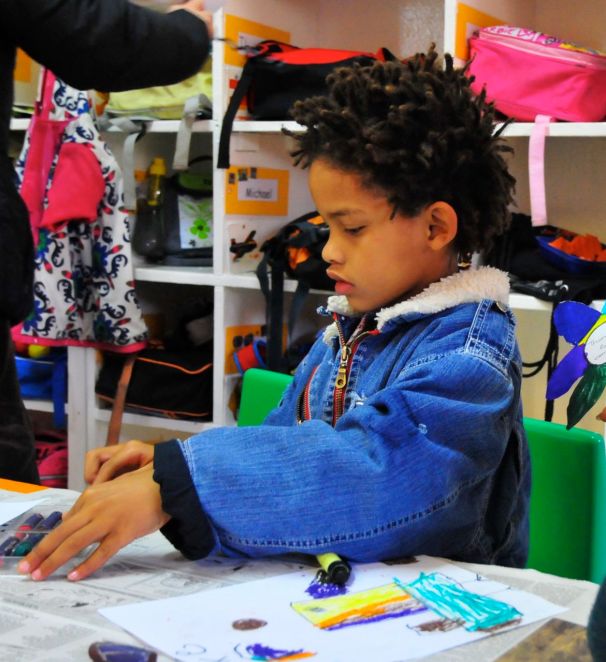 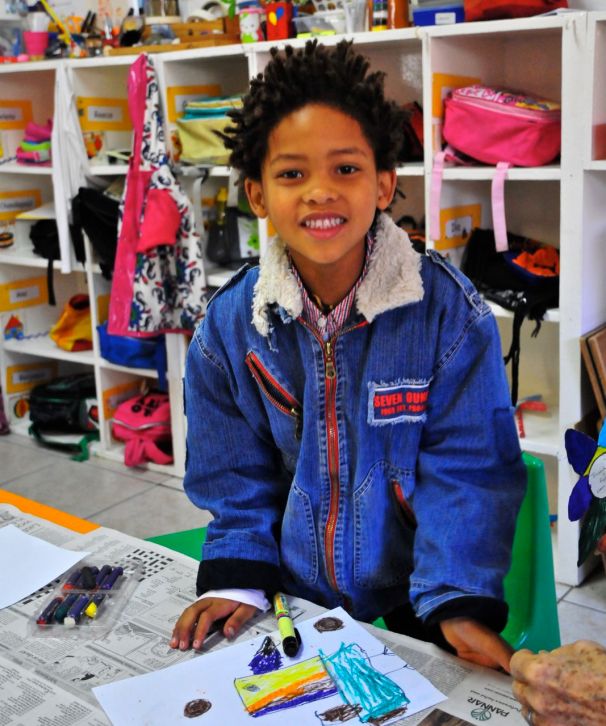 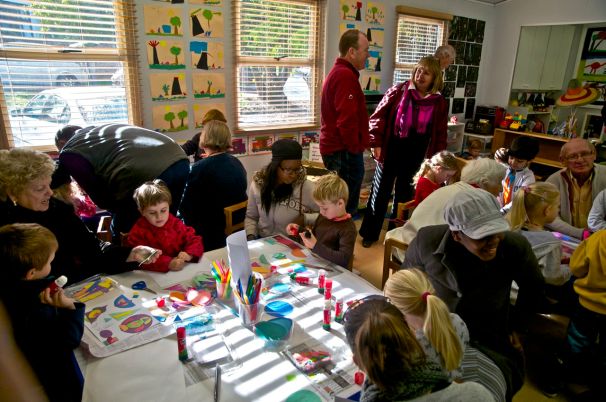 Visiting Gaia in one of the other eight classes at Valley. The two are, it seems, rather fond of each other. 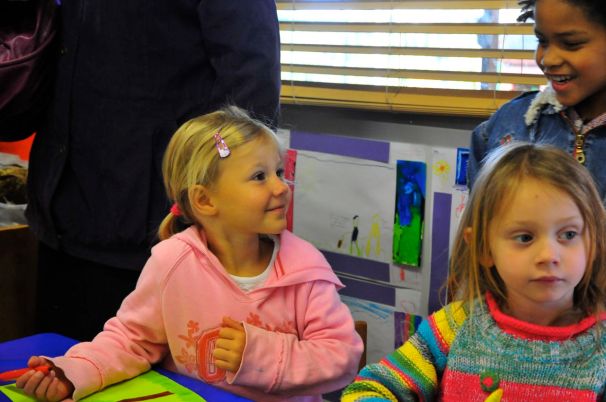 Having met the class teachers and seen the grandchildren doing creative work in their classrooms, we all moved to the assembly hall at Kronendal Primary School across the road. Here all the grandparents were entertained by the grandchildren playfully with animated singing and a guest speaker who summed up what grandchildren think about their grandparents:
* they read us stories
* they play with us
* they help us with things like baking and cooking
* they buy things for us mom says are too expensive
* they read the newspaper and watch television
* they snooze a lot
* they f.rt a lot and then blame the dog
Such is it seems the general consensus of grandchildren about us, their grandparents!
Hm.
Whatever, they all do love us, warts and all! 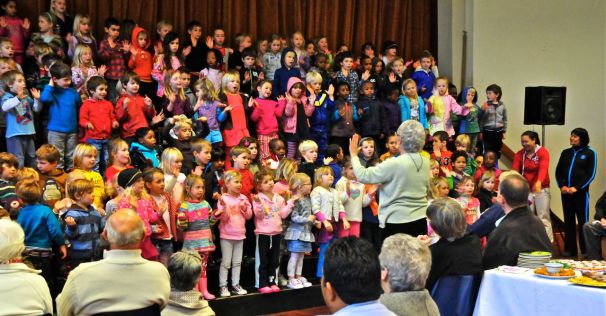 Valley Pre-Primary School children performing lustily for their grandparents. A grand school with a standard of teaching and learning that unfortunately is sorely missing in much of the country. Schools of this kind should be the standard throughout all provinces and not be based on income and private initiative alone and which consequently further widens the gap between haves and have nots.

The long awaited book about our long time and dear friend Hannetjie de Clercq’s work will be launched next month.
Here is her invitation. All welcome! 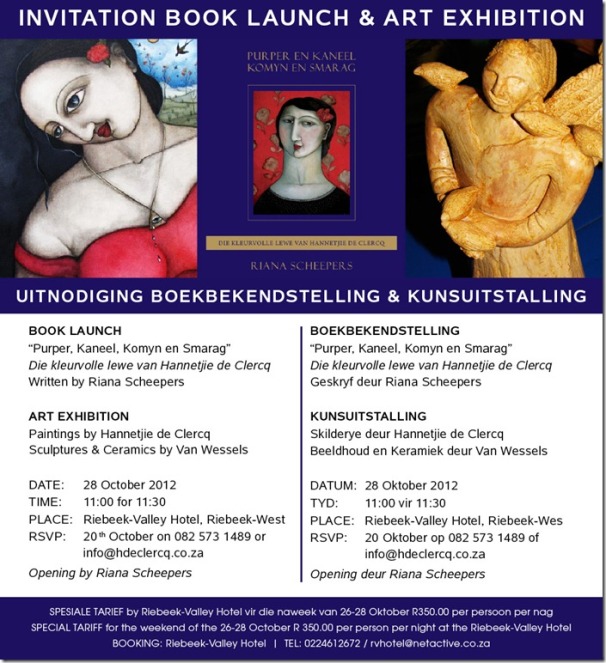