Villa of Barbara and Filippo Gautier di Confiengo in Pióbesi.

We were invited by the family of Barbara and Filippo Gautier di Confiengo to spend a weekend with them together with Dirki and Katie in their home in Piedmont. Dirki had formed a close friendship with their son Carlo. Last year, in a freak accident Carlo fell to his death. Since then Dirki has become “big brother” to Carlo’s four lovely sisters. 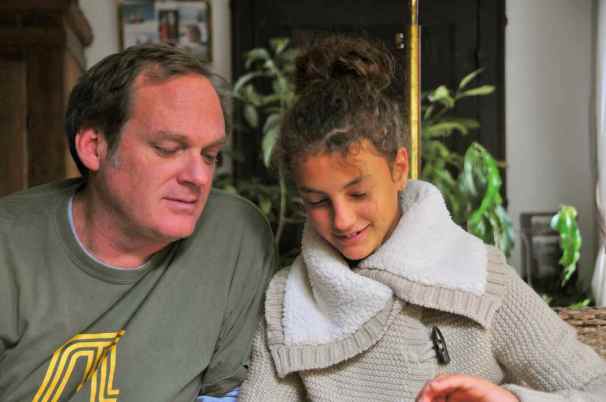 Carlo's second sister Maria or "Mimi" as she is affectionately called. Mimi speaks seven languages fluently - Italian, of course, Polish which is her mother's language, English, French, Spanish, Portuguese and German and is studying Philosophy at Torino University. She is just lovely and completely unassuming, cooking and caring for us on the day of our arrival.

Filippo took us under his wing: leading us to the grand market on the outskirts of Torino and later in the day to San Martino Alfieri (Asti) for a tour of the Marchesi Alfieri Wine Estate.

The daily market on the outskirts of Torino. Filippo in the checkered jacket. 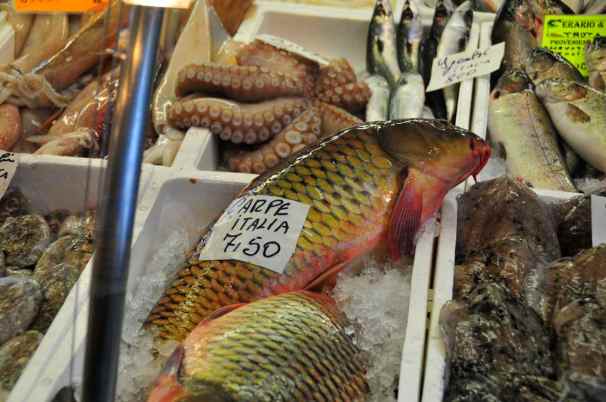 With an early autumn chill in the air we had to retreat to a pub to warm up with an espresso.

We collected cheeses, artichokes, mussels, tomatoes, herbs and whatnots and Katie took charge of it all to relieve Mimi and her boyfriend Marco who had been spoiling us since our arrival while Mama Barbara was away in Warsaw for the eldest daughter Anna’s graduation. Congratulations, Anna!

Tim and Luke our grandchildren in playful combat with Sophie and Mimi.

Food beautifully prepared by Katie and Dirki graced the table.

Half-way between Asti and Alba - the partially parched countryside of San Martino Alfieri. 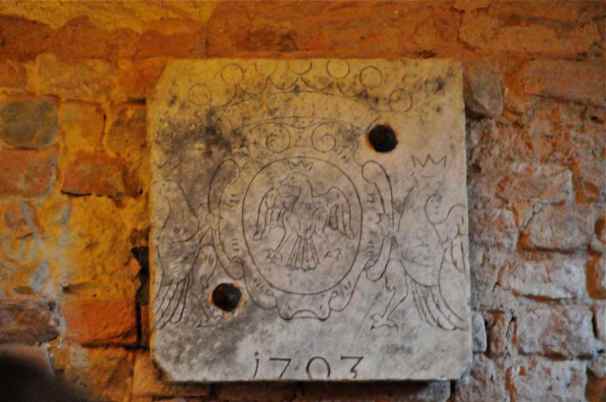 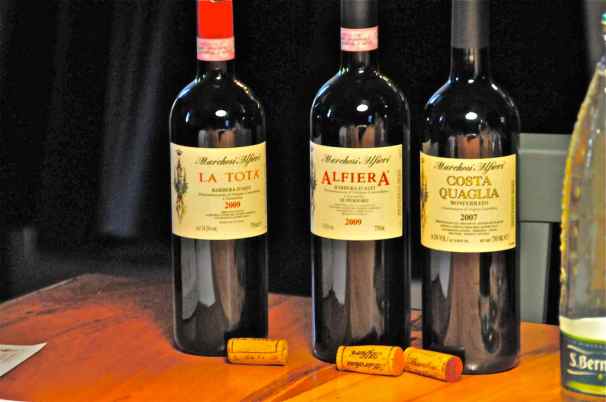 Three of the Marchesi Alfieri's range of noble red wines from Barbera, Nebbiolo and Pinot Noir grapes. The Alfieri Estate with nearly 24 hectares of cultivated vineyards, a castle and guest house has been fully restored by the three Alfieri sisters, friends of Filippo, for whom he organized an auction of their wines at Christie's in 2008. 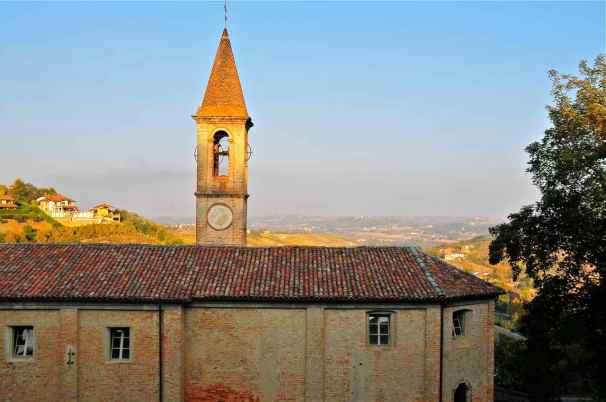 Outbuilding at the gateway to the Alfieri Estate. 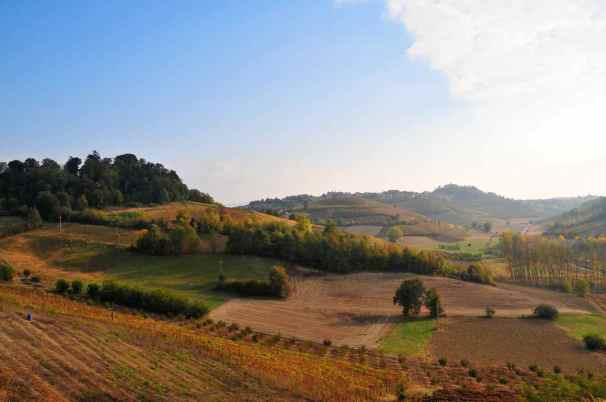 A Piedmontese landscape on the way to San Martini Alfieri (Asti).

With no rain for last 3 months, the land was bone dry with a taste of dust in the air. Our visit was short, just the weekend and when we left there was promise of rain to refresh the land.
We would like to visit again and stay for a longer time to emerse ourselves in the food and wine culture Piedmont is famous for and for the revival of traditional approaches to food what became the Slow Food Revolution – the appreciation of slow as opposed to fast food. It was promoted here and made famous by Carlo Petrini and others in the town of Bra, a ten minute’s drive from Piobesi.
A layer of sadness was always present, but the spirit of hospitality prevailed and we felt at home in its embrace.
Thank you, Barbara, Filippo, Maria, Marco, Sophie, Katie and Dirki! 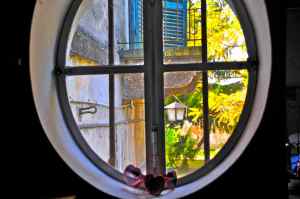