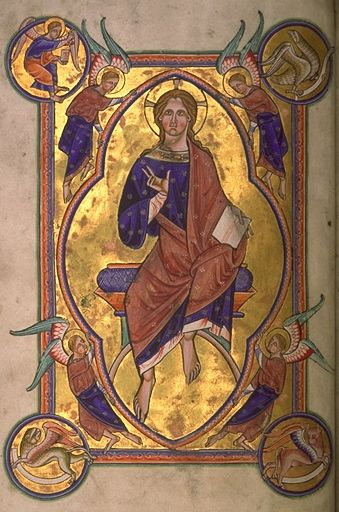 Aberdeen Bestiary folio 004v. - A bestiary, or Bestiarum vocabulum is a compendium of beasts. Bestiaries were made popular in the Middle Ages in illustrated volumes that described various animals, birds and even rocks. The natural history and illustration of each beast was usually accompanied by a moral lesson. This reflected the belief that the world itself was the Word of God, and that every living thing had its own special meaning. (Wikipedia)

The animal nature within us – that is the animal part in the process of our becoming human within the general process of evolution in our world. For all who are critical about the concept of “evolution”, we might want to say that components of everything in this world, even the universe, are within us and thus also the beast.

In fables, and mediaeval bestiaries the depiction of human and beast goes hand in hand: the animalistic is human and vice versa.
In the German Älterer Physiologus, translated from the Latin in 1070 it says:

In the ocean there are quaint beasts, called sirenes and onocentaurs. The sirenes are mermen which look like women to the navel and then like birds and they can sing beautifully. If seafarers sail by, they sing so hauntingly that the seafarers become so entranced by the song that they fall asleep. As soon as the mermen see this, they come and kill them. With this the enemy is indicated who seduces man to engage in worldly lust.
The onocentaurs are half ass and half human and they signify humans who are of two kinds in what they do and in their hearts and who very well know the image of doing right but do not follow it in their works.
(freely translated from Old High German into English) 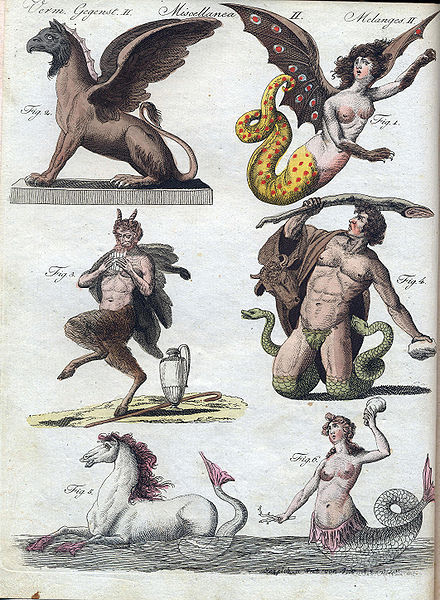 Does the nature of the beast in us corrupt?
Is the beast within us not so much older and so much wiser?
Is the nature of the beast not the essence of our lives?
Who has not wanted to feel the spirit of a Jaguar within.
Or the happiness of a hippo emerging from its wanderings on the river bed.
The steamy snorting of bison in a herd in the snowy depth of winter.
Who has not had the desire to sweep through the air on eagle’s wings.
All our dreams and realizations in this world are of the Unicorn’s nature.

I had wanted to write about the difficulties of keeping the balance in bipolarity – now, strangely, this is the outcome.

A dear friend of ours and a scientist states quite unceremoniously: our branch on the big tree is so incredibly young and no-one knows how much of the beast still roams within us; bluntly put, he says: we are born dumb and die having learned nothing.

With greetings from
Walter & Colleen
Betty’s Bay 11 May 2011