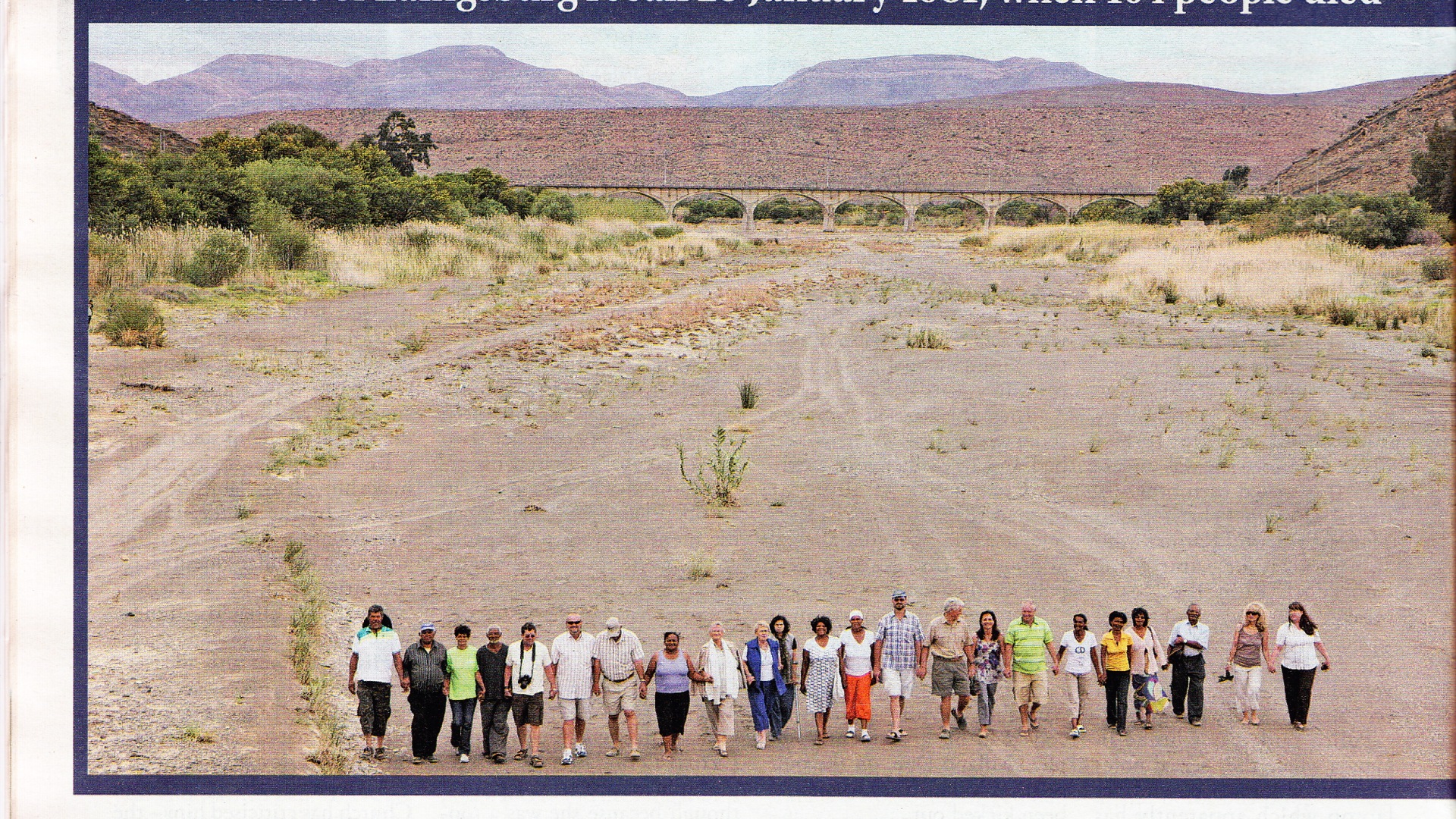 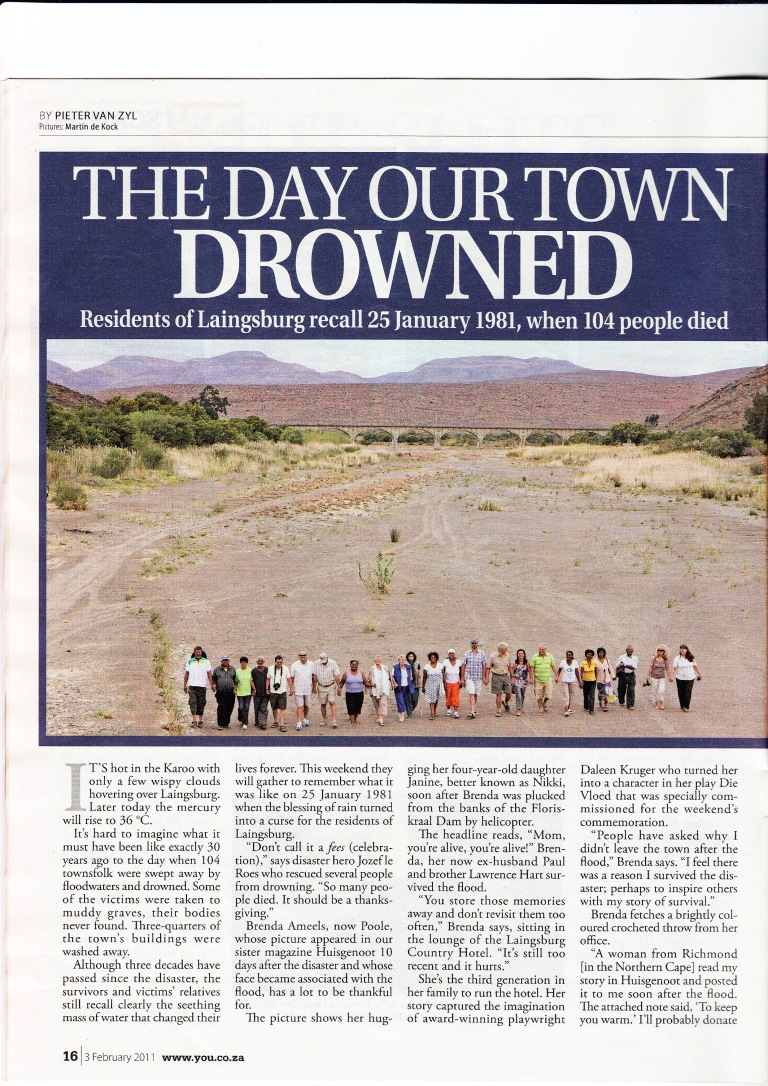 In the middle of the Karoo town of Laingsburg, on the main road, there is a sign indicating the height of the 1981 floodwater.
Colleen recalls her emotions passing through town a few days after the flood with trees and muck flung about, gras and branches sticking out of windows. Walter read and heard about it in the media and felt moved to write a poem about it. A political prisoner visited the scene incognito. And one day we got to know Brenda, the owner of Laingsburg hotel, who gave us a spine-chilling rendering of her ordeal with the people of the old age home who were imprisoned in their building and whom she had tried to rescue only to be swept away with them, house and all, miraculously surviving the ride 30 kms  downstream.
Next time driving through on the N1 on your way North or South, look out for the sign and remember the man who miraculously survived the hardship of his imprisonment, remained compassionate and become State President.