The war council was still in session. Youssef, the leader of the tribe, had withdrawn and was resting in the shade of a camel thorn tree. The elders of the tribe had been trying to persuade the young ones to cool their temper and to consider the various options left to them. A tribe from the North, a nation of visibly strong and proud-standing warrior-type herders had begun to infringe on the traditional boundaries of their grazing lands. Should they retreat further South? Should they take up arms? Should they find ways of cooperating?
The council, Youssef felt, seemed to be out its depth. Never before had a situation like this arisen, he thought. The lands had always been theirs and he remembered well his father, addressing the tribe when he, Youssef, had been enthroned as crown prince, saying: “You, my people, are in the hands of Allah and the prophet for ever more. No grain of seed will fall from your hands without God knowing. You are his chosen tribe. Remember this always and be strong.”
Too soon, Youssef thought, his father had died, leaving him in charge of too fickle a flock to be led by an inexperienced young man as he saw himself. The elders were all on his side, yet, he dared not address the young and keen ones for he knew not how and where to lead them.

A light wind had sprung up, as it would when the sun was setting over the desert rim. It cooled the air, whipped the tents gently and seemed to him like the beginning of a dance.
If only his sister, Atifah, the affectionate, compassionate one could be with him now. In her he knew, he would find solace, understanding and council. But she too had withered away. The desert was no place to be. Where would all of them now find direction as the wells dried up and the grazing no longer held and the land was thirsting.

The gentle breeze had developed into a stronger wind. Youssouf stood up and walked towards the ring of elders. The young ones had been dismissed and were gathering in the distance.
How am I do deal with them, Youssouf thought. They are keen to go to war. Of what value is their strength and lust, if it is not put to the test?
The wind had lifted the desert sand and the sinking sun was reddening the sky.
Where would the day be tomorrow.
Deep into his heart sank a desperation he had no means to control.
What was he to do? 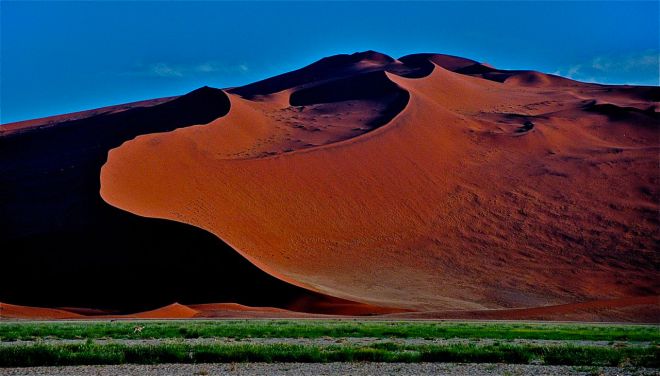 With love for now from
Colleen & Walter